Skip to content
HomeUncategorizedBeing a “Contrarian” When Coaching Youth Football

Many “mature” youth football programs that have been around for 10+ years or more often have ingrained traits. Many times it is almost like some of these clubs have their own identity or even “brand”. Most leagues are made up of various identifiable “brands” or clubs. Each has it’s own unique personality and way of doing things.

As most of you coaches know, it takes quite a bit of time and effort to keep a youth football program up and running. While most of the “heavy lifting” is done by the “parent coaches”, in order for there to be long term stability there has to be continuity and that means some leadership that stay beyond the “lifespan” of their own childrens participation. Unfortunately, for most organizations, those types of resources are somewhat limited. Thank goodness for these people, without them all of us would have to start from scratch every few years.

Unfortunately SOME of those that have been around a long time also bring with them some unneeded baggage that actually inhibit the ability of the organization to meet it’s mission. Some of these well meaning coaches will be coaching against you and they don’t like change or anything that makes their organization shown in a poor light. They will always be your biggest critics. Any type of “change” means they will have to learn how defend a new scheme or defend against techniques they’ve never seen before.

My own teams are the most filmed, studied and talked about in the league we play in because we run something much different than anyone else, we consistently score a lot of points and we consistently win. I’m sure those opposing coaches get tired of hearing from parents; “Why can’t we execute or score the kind of points the Eagles do? Or why don’t we have those cool football plays like the Eagles? Or why can’t you get the ball to so many players like the Eagles do. Or why can’t our kids block and tackle and play lights out defense like the Eagles do?” They tire of hearing it and sometimes their frustration and embarrassment shows. Unfortunately if these coaches can’t stop you, they will often try to discount you or become the king of the excuse makers.

We get to hear so many interesting stories from you coaches via e-mail, phone and in person at clinics. That is probably the most fun part of me doing this, listening to these amazing stories and in some cases being able to help in a small way. Some of the situations you have to deal with are down right difficult and silly in my opinion. There is often egotism and backside covering in youth football on so many levels. While there are fantastic leagues with great and committed people reaching kids all over the country, on the other hand there are also small minded, egotistical, jealous “human barriers” out there as well.

In doing a few private clinics these last few months I had the privilege of working with several quality organizations and several groups of simply outstanding coaches. Coaches that not only were great X’s and O’s guys, but guys that were in youth football for the right reasons. Some of the things I saw: teams that were overflowing with kids, everyone coming back to play ( great retention numbers), enthusiastic coaches, open minded and committed coaching staffs. Universally their kids respected and admired them, very easy group of kids to work with. You could just tell, the kids loved playing the game, they couldn’t wait to get football practice started and they hated it when practice ended. In fact, one group of coaches was able to marshall a group of 20 or so players overnight to a next day practice. This was smack in the middle of baseball and lacrosse season, you know they are doing something right when they can pull that off.

One story I have to share with you that was told to me in the “off-hours” discussions at one of these clinics I did lately by a coach that put our system in last year for the very first time:. After our classroom clinic and on field demos, we went with the coaching staff to a local restaurant for lunch. One of the more demonstrative coaches shared with the group in a very animated fashion several very humorous stories of his first season running my Offense. Last season he was at a game scouting an opponent and overheard several of the coaches from his next weeks opponent, talking about his team. The opponent coaches had no idea our friend was a coach as they unknowlingly bragged to him about how they were going to crush his team the following week. These opposing coaches seemed to take such glee in how they were going to stop that ‘silly” offense and blow up the “wedge” play and everything else for that matter with ease. These guys went on and on about how “stupid” the wedge was and how it had no chance of working against their defense. xem bong da truc tiep In fact these coaches involved our friend in the conversation, they demonstrated to him how the linemen would get down low and bunch up together, again sarcastically mocking the offense to the hilt. Imagine their shock and horror the following week when they saw this very same coach come out for the coaches introduction and coin flip. 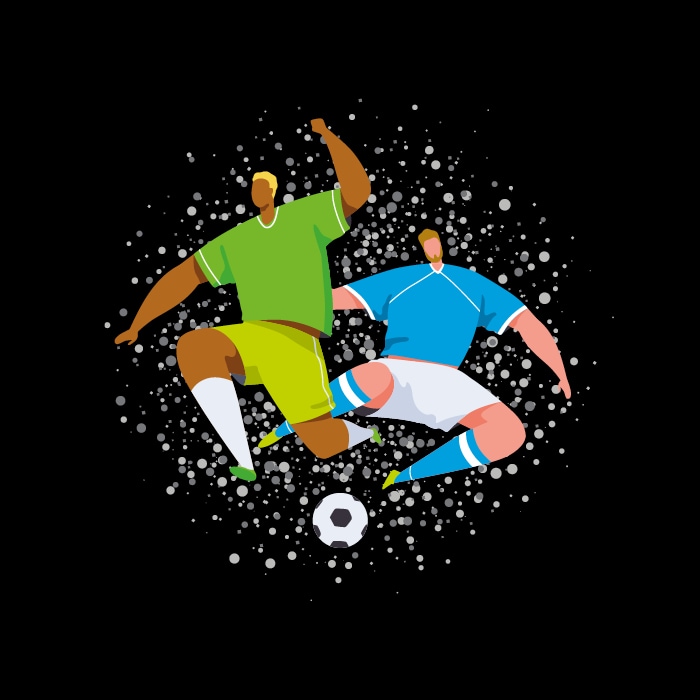 Our friend is quite the story teller, he is one of those guys that has everyone laughing and can put you on the edge of your seat, you know the guy, the life of the party. As he told the story he was a flurry of activity, standing up, sitting down, moving around the table, arms flailing, voice rising and falling, and of course lots of smiles and laughter. The game results were almost as interesting as how the story was told. By the time the game started our friend was a little fired up and had his mind made up he was going to start with the wedge play to see if this other team really had all the answers to back up their coaches bravado. The first offensive snap went for a 70 yard wedge touchdown, coach was grinning a bit and pretty happy. After holding the other team to a 3 and out, the next play for our friends team: you guessed it, a 63 yard wedge touchdown. On the inside, our hero was beaming, throwing his fist in the air, silencing his poorly informed naysayers, but on the outside he was calm and confident, with maybe the hint of a knowing grin on his face.

He thought about running the wedge play every play in that first half to prove a point, but was the better man and held off from what probably was a pretty tempting course of action. By halftime the score was 35-0 and our hero called off the dogs to make it a 42-7 final. At the end of his story I joined the crowd in roaring laughter that was probably so loud it startled a few of the restaurant patrons. Thank goodness it was Florida and we were in a fairly low-key place that this group frequents regularly. I think I laughed so hard part of my lungs are still on the floor somewhere in that restaurant. These weren’t his only critics, in the end his team finished an improbable 14-1. They beat at least 7 teams that had far greater talent than his team, based on the game tapes I watched. This was a magical season by a youth football team that had no winning tradition and excellent coaching.

While I had met some of the coaching staff for this team a number of times (very high quality guys), I had never met this coach. Our introduction included a warm hetrosexual hug, something that comes from sharing a common bond or experience. I’m always a bit surprised by the warm welcomes I get from people I’ve never met. But, being a midwesterner, for me it is one of the biggest benefits of doing what I do.

Be prepared, is what I’m trying to get across to you. When you aren’t running the very same thing as most of the teams in your league you can be the target of a few jabs. If you have greater talent than anyone in your league, it makes a lot of sense to run exactly what everyone else is running if that makes you happy. But when you don’t match up, when you DON’T have the best talent, how are you going to be able to compete running the same stuff as most of your opponents? When you score a lot of points and win a lot of games like many or most of our teams do, the jealousy fangs of some will unfortunately appear. Stay the course, but know those jabs may come your way.

In the end many of the curious and the critics of our hero in this story are now taking his team seriously. When you have success, it is impossible to ignore no matter how much anyone would like to. The teams in this Club that ran our system went a combined 23-1 and now other teams in the club are looking to adopt some of what they are doing. I know this coach is forever grateful to the coach (KMJ) that brought this system into this organization. I’m sure the parents are glad that coach was open minded enough to listen to the coach (KMJ) that researched . learned and brought the system to his attention as well. Mind you, I am NOT taking credit for this teams success, the coaches and players did a simply superb job, their execution was nearly flawless.